One of the most adored and stable marriages in the industry is that of Muneeb Butt and Aiman Khan. People adore their small family, their interactions with one another, and their infant daughter Amal Muneeb. Muneeb Butt is a really amazing husband who frequently exhibits similar behaviour, and he did the same thing while they were in Dubai. So, Muneeb Butt was a guest on Tabish Hashmi’s Hasna Mana Hai and that is where he revealed the whole story behind booking a cinema in Dubai for Aiman. Aiman wanted to watch Gangubai Kathiawadi, the Alia Bhatt starrer biopic but when they got to the cinema some other movie was playing. Muneeb went to speak with the theatre manager as a result. He was informed that if he could purchase a certain quantity of tickets, they would reserve a screen for them and allow them to see any movie of their choosing. Being the wonderful spouse that he is, Muneeb transformed Aiman’s dream into a lavish romantic gesture.

This is what Muneeb did:

This is how Muneeb explained his romantic gesture: 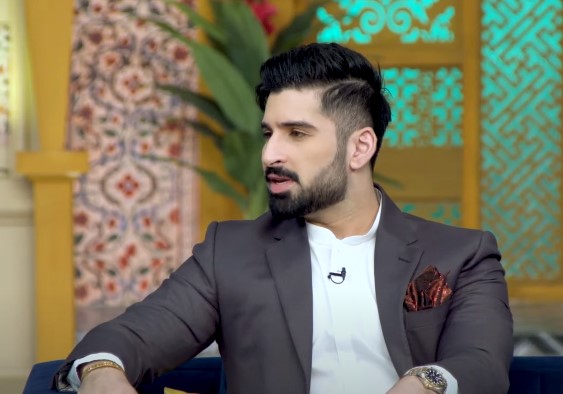 « A Sneak Peek Into Fazyla Lasharie’s Vacation From Istanbul, Turkey
Maria. B. Hosts a Splendid 18th Birthday Party for Her Daughter »